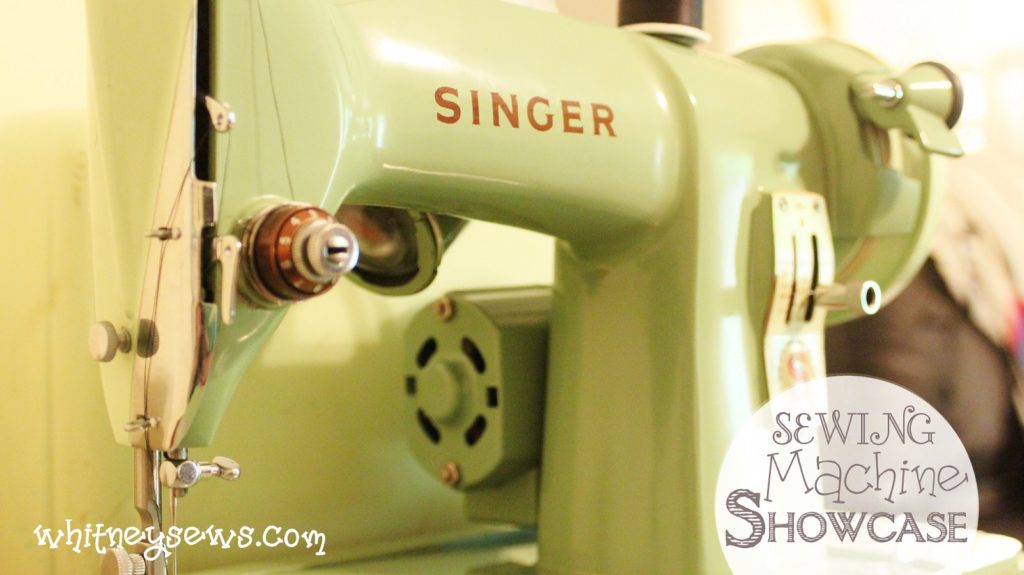 For at least two and half years I had this idea that I wanted to make a video showing off several of the beautiful vintage sewing machines my mom and I own.  I could never seem to get started though because it was so different from anything else I had ever done and I wanted to do it just right.

I eventually decided there was no way to squeeze so many beautiful machines into one video while still keeping it a reasonable length.  It began to make sense to create a new little series on Whitney Sews.  Each video in the series will show off a vintage sewing machine in all its glory with close up detailed shots.  The last time I visited my parents’ house I finally dove in and managed to film three of my mom’s machines.

The first sewing machine to get its showcase is one I refer to as the Green Machine.  It is a Singer 185J.  My mom won this sewing machine from a facebook group we belong to.  The Singer was built in Canada sometime between 1958 and 1962. It is a solid metal straight stitching machine that is sometimes considered comparable to the Singer Featherweight in stitch quality.

Here’s a review that I found that goes further in depth on the details of the machine.

Without further ado – here is the Singer 185J showcase.

I hope you enjoy the video.  Happy sewing!