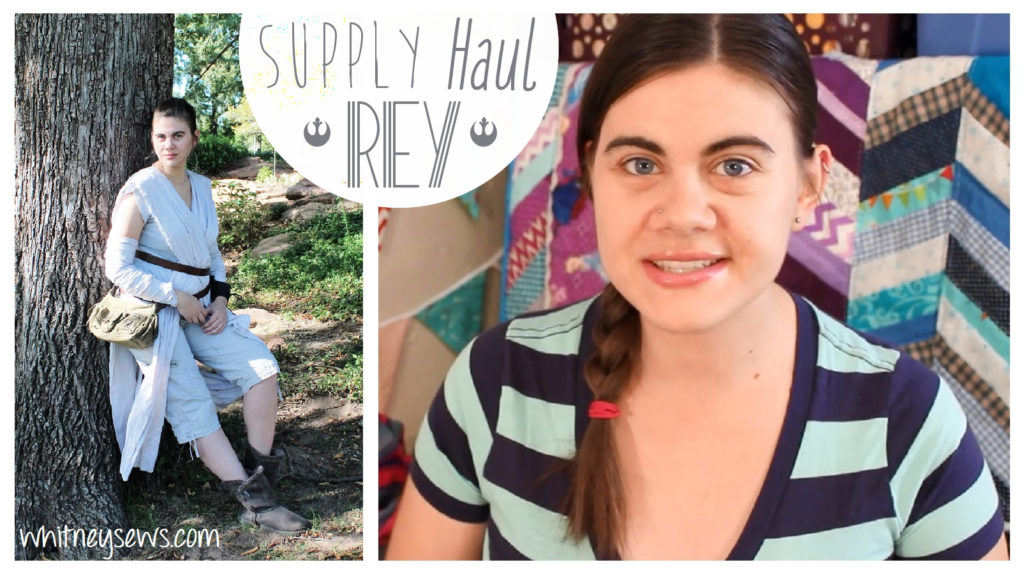 As soon as I watched Star Wars: The Force Awakens I KNEW I had to make a Rey costume!  Rey is a strong female character who isn’t afraid to work hard and go on an adventure.  She’s a fantastic role model for young girls!

I originally planned this costume back in January.  (I was hoping to prefilm several Halloween videos…the only one I got done at the time was my TMNT Treat Bag).  That is actually when I went shopping for all my supplies for this costume.  I was 6 months pregnant and had no idea what would fit me postpartum.  I was going to make and photograph the costume on my mannequin.  I ended up not getting the costume done while I was pregnant and I’m so glad!  It turned out way better since I waited and was able to make it custom to fit me.

Anyway, back to the point!  I headed to the thrift store with several reference photos of Rey saved on my phone.  My goal was to find all my basic supplies in one trip so I could make sure they coordinated…and I did! 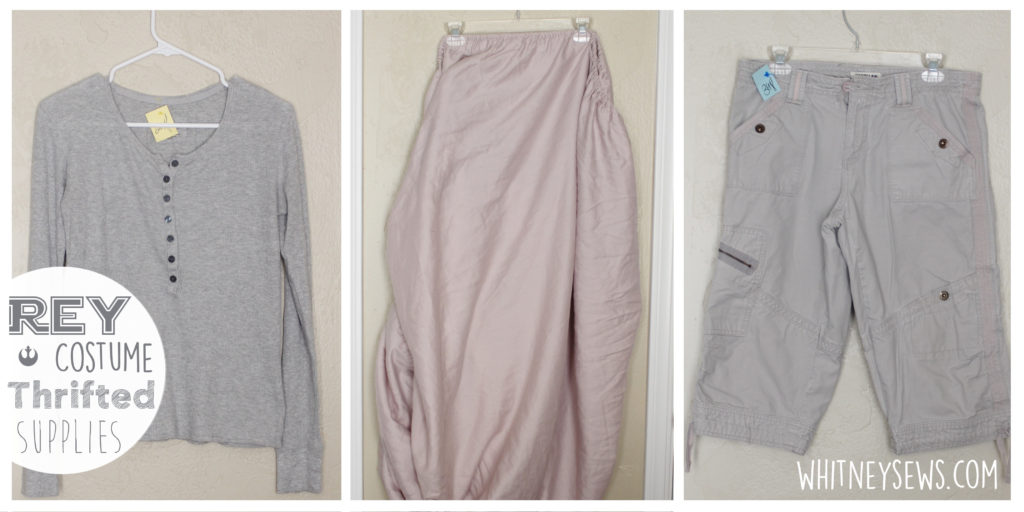 I focused on finding a shirt with an opening at the collar, capris, and a twin sized sheet.  I ended up going around and around the store with a few different options until I found the exact ones I wanted.  In a separate trip I found a small purse with several zippered and cargo pockets and three leather belts (only needed two).  I made sure to go on half price day to get the most for my money and was able to get everything for under $10!

Check out the video HERE to see exactly what I bought and why!

I also ended up using a few supplies I already had including a piece of brown scrap leather, two plastic buckles (cut off an old backpack) and some one inch wide elastic.

Once you have all the components the costume is really easy to put together!  I will show exactly how in tomorrow’s post! 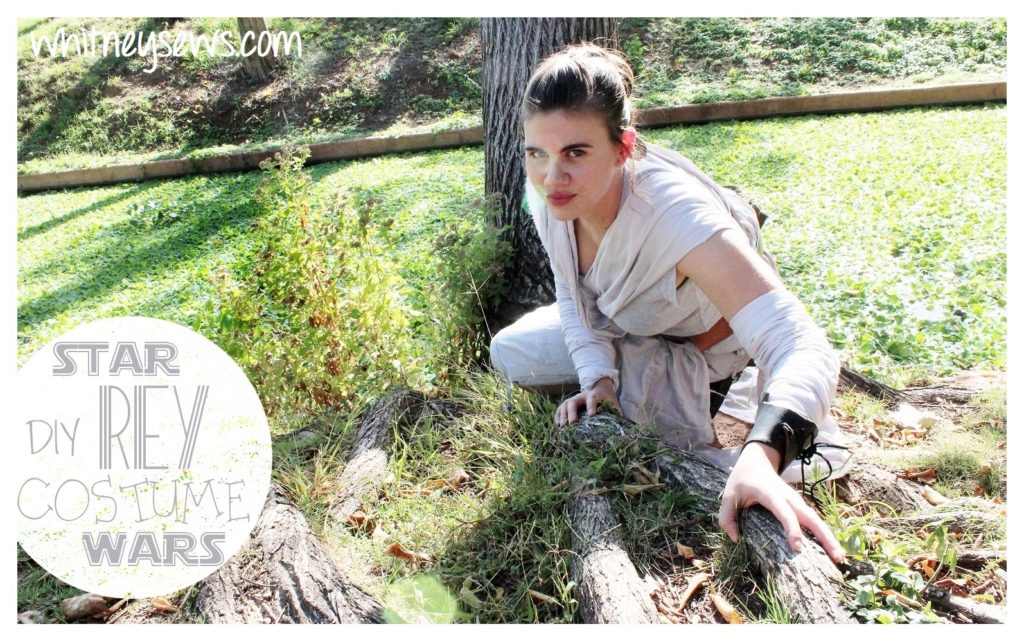 If you haven’t already, make sure to enter your email address in the box on the right side of the page to subscribe to my posts so you don’t miss any!

The Rey costume how to is now up!  Check out that post HERE!