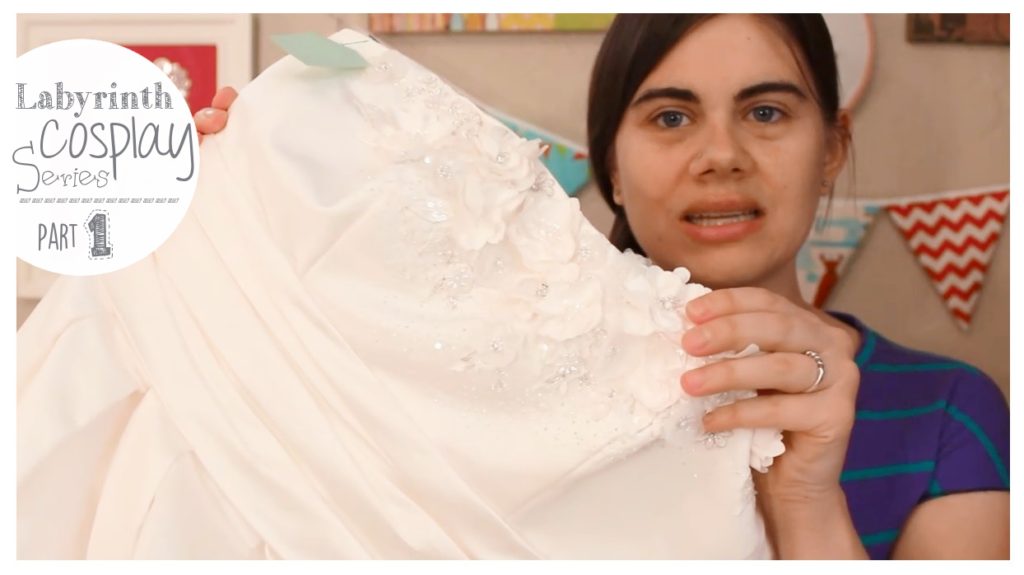 There is a local convention that my husband volunteers at (as a photographer) and I have attended for the past two years.  Last year I planned ahead and made a Totoro kigurumi for me, a Mei dress for Peyton, and a Totoro themed baby carrier so I could wear Peyton around and still be in costume.  (All of those tutorials can be found in my Totoro playlist).  This year I did not plan on going in cosplay…until two weeks before the con!

I had decided life was too busy with a newborn and toddler to even attempt to make any sort of costume, but I LOVE costumes!  I used to be a costumer for my university’s theatre department and I can not pass up an opportunity to dress up!  So I came up with a costume idea that would be semi manageable in the form of a thrifted refashion.

We were watching Labyrinth recently and whenever Peyton looked up and saw Sarah on the screen she said ‘Mama’ because she thought it looked like me, so it seemed like a great cosplay idea.  I considered both of Sarah’s outfits and decided if I was going to find anything similar at the thrift store the white dress she wears at the ball scene was my best bet. 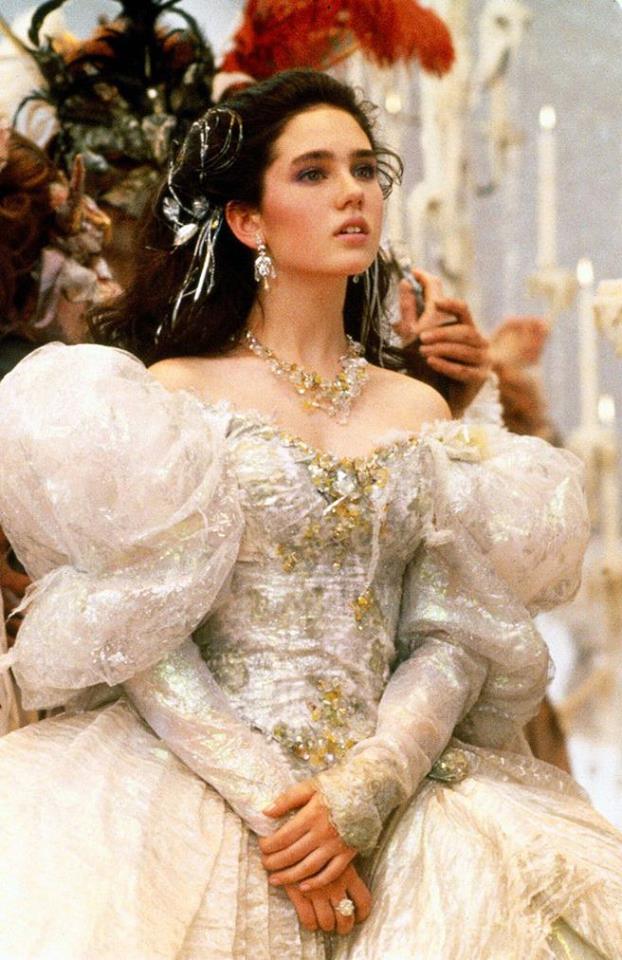 My plan was to go to the thrift store on half price day and look for an 80s style wedding dress that I could alter a bit, add some beading, and throw on over a petticoat and call it good.  However I had no such luck.  I didn’t find anything even close to what I wanted.  So I took a few moments at the store to rethink my plan and made it work!  I’m really happy with the things I ended up finding and putting together to create my cosplay.

Click HERE to see all the items I thrifted to create my Labyrinth cosplay!

In my next video I will show more finished cosplay photos.  There will also be descriptions of how I made the cosplay along with tons of in progress photos.  Plus I dressed Peyton up as Toby from Labyrinth!  She was super crabby and refused to let go of her sippy cup because it was nap time when we got to the con, but she’s still so adorable! 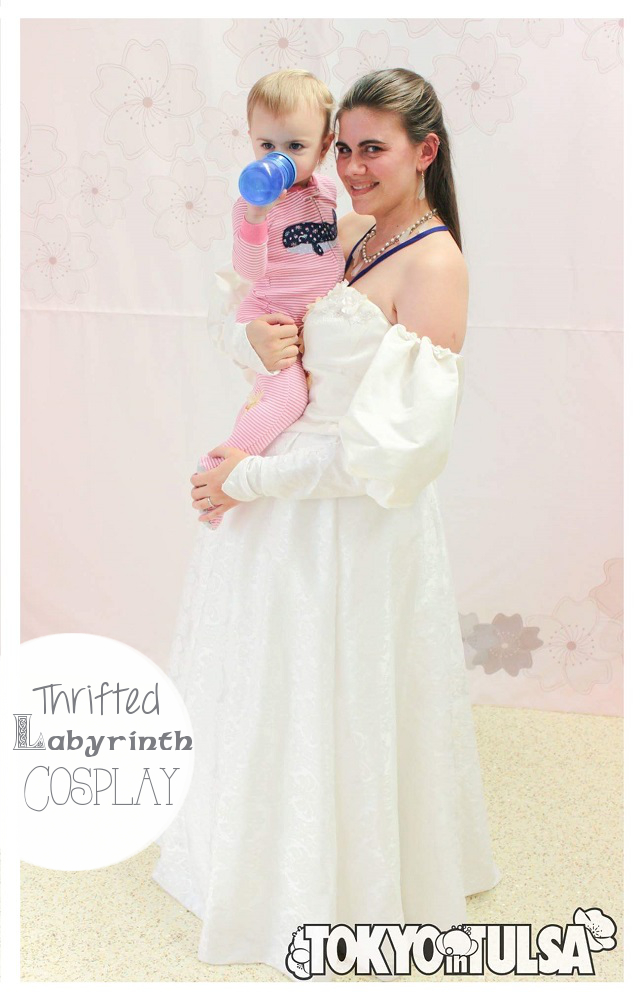 So make sure to check back soon for Part 2 of the series and until then, Happy Sewing!